Fight your way through hordes of undead as you compete for the prizes in this year’s Halloween event, featuring...

In this Mayhem style event, you will hunt in one of five different solo instances and score points by looting Halloween Pumpkins. The various Halloween Pumpkins are distributed in relation to creature difficulty (rebalanced based on feedback from last year's event), so that hunters of all levels can compete. 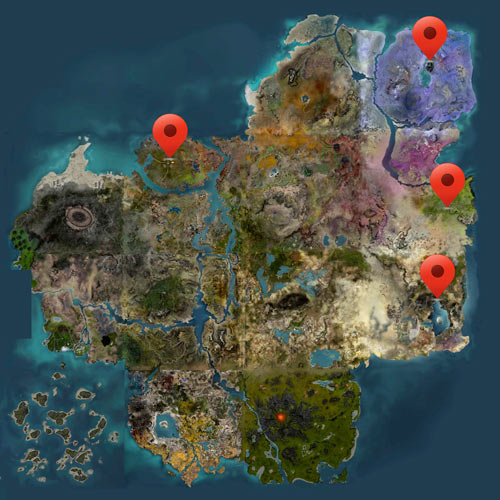 The Halloween Mayhem mission NPC, Mr Pumpkin, are located in four locations on Eudoria; Nymphtown, Fort Ithaca, Minopolis and Fort Zeus as seen on the map and will become active once the event begins on Friday, October 31, 17:00:00 UTC.

There are five instance levels available, ranging from 1 to 5. Speak to Mr Pumpkin and choose the entrance that suits your current hunting skills and gear to enter the event. 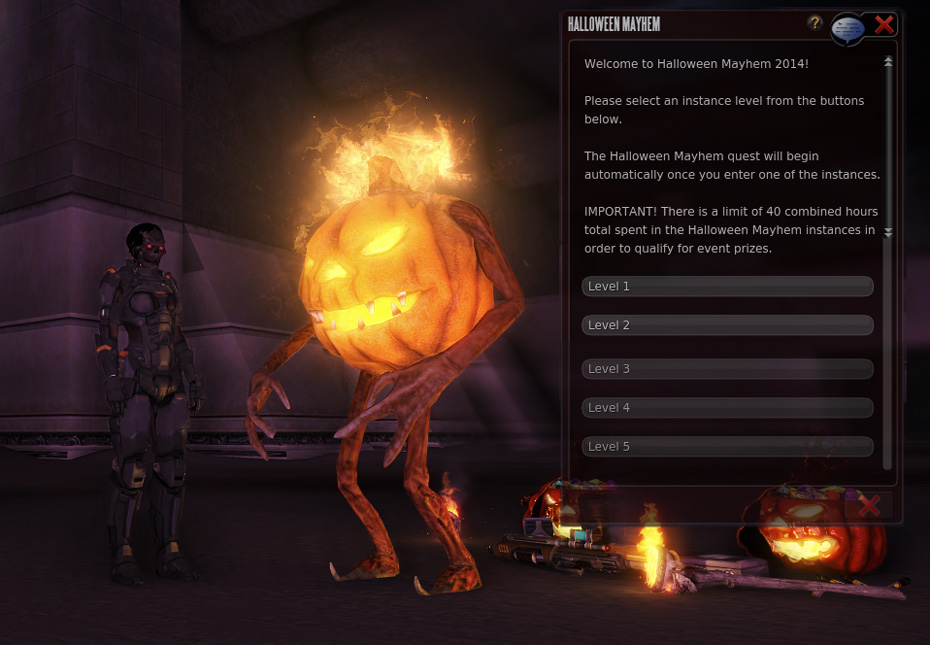 Unlike previous events, there is no need to turn in looted pumpkins. Your event score will be updated automatically each time one of the pumpkins is looted.

In addition, all qualifying event participants reaching one of the following point thresholds will receive bonus prizes:

Time Limit
Each participant is limited to a maximum of 40 hours in the Halloween event instances. This 40 hour limit applies to combined time in any of the Halloween instances, not each individual instance level.

Rules
This event is intended for solo hunters. Any attempt at abusing team mechanics or any other Entropia Universe systems or features in order to gain an unfair advantage over other participants will be grounds for disqualification from the event, forfeiture of any prizes, and possible sanctions imposed on one’s Entropia Universe account.

Notes
The Essence of Evil items required to spawn Count Vamp of Boorum bosses are now restricted to the instance level from which they are looted as follows: