2022-11-22
***PLEASE READ THIS DOCUMENT IF YOU FIND SOMETHING OUT OF THE ORDINARY IN PLANET CALYPSO! IT MIGHT PROVIDE THE INFO YOU NEED BEFORE CONTACTING THE SUPPORT DEPARTMENT!*** 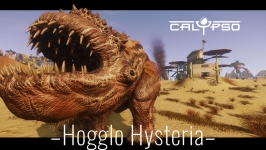 Hordes of rageful Hogglos are spreading throughout various areas on Calypso! Colonists have reported attacks at Ashi, Cape Corinth, Fort Ithaca, Fort Pandora, and Jason Centre. The Research and Development Institute (RDI) has also reported that Ashi’s wildlife is highly affected by the Hogglos due to higher maturities invading that area. Lower maturities seem to have moved to Cape Corinth.

Eomon pheromone levels have started to decline, signalling the end of the yearly Eomon Migration is near. This typically causes local wildlife to rampage, as they have been exposed to strength-inducing pheromones from the Eomon herds over a prolonged period.

The infamously aggressive Mulmun, Muluk-hir, and Mulaak’f mutants are on the move for their yearly ritual for the annual migration season! 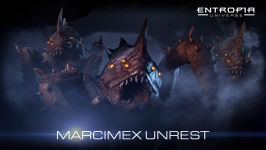 Breaking News - New hordes of Marcimex, the giant spider-like pests of Calypso, are crawling up from their underground habitats and are swarming several locations across Calypso. Highly alert and aggressive, these insects have already attacked several groups of colonists! 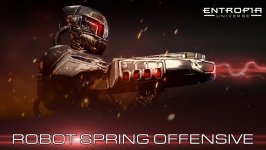 Robot invaders on Calypso are amassing their forces for another spring offensive. As the robots are coming en masse, all colonists are advised to stay vigilant. The robots are primarily targeting the settlements at Camp Phoenix, Cape Corinth, Chugs Hideout, Fort Ithaca, Fort Pandora, Fort Troy, Minopolis, and the robot main base at Hadesheim.

You have reached the last news posting