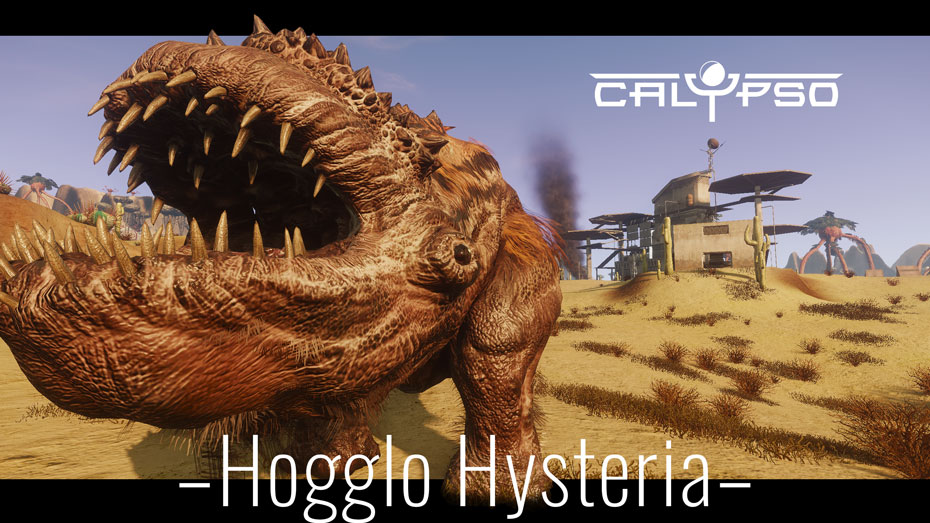 Hordes of rageful Hogglos are spreading throughout various areas on Calypso! Colonists have reported attacks at Ashi, Cape Corinth, Fort Ithaca, Fort Pandora, and Jason Centre. The Research and Development Institute (RDI) has also reported that Ashi’s wildlife is highly affected by the Hogglos due to higher maturities invading that area. Lower maturities seem to have moved to Cape Corinth.

Why these creatures have decided to move south to various areas of Calypso is still unknown, but the RDI is now collecting data about this unusual migration.

Hunters brave enough to engage these hordes should be prepared for the worst possible scenarios and carefully choose their gear.