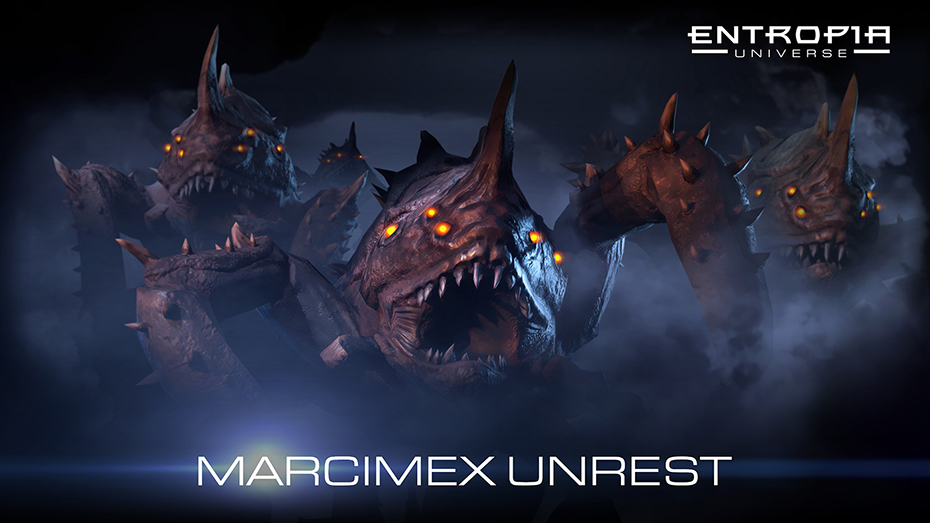 Breaking News – Hordes of Marcimex, an indigenous giant spider-like bug of Calypso have crawled up from their underground habitats in several locations on Calypso. During the last hour alone several groups of colonists have been attacked!

Since the attacks are happening all over the Eudoria continent more locations are likely to be targeted.

The reason for this Marcimex infestation is not yet clear. Senior Xenobiology researchers theorise one of the potential factors to be population density changes and other natural causes. Other less conservative voices are raising the idea that these outbreaks could be related to the increased colonist activity on the planet.

Colonists are advised to approach the Marcimex hordes with caution. Still, fighting off the Marcimex from cities, outposts and roads should be a priority for everyone on Eudoria. All Marcimex kills will count towards the Codex reward system.