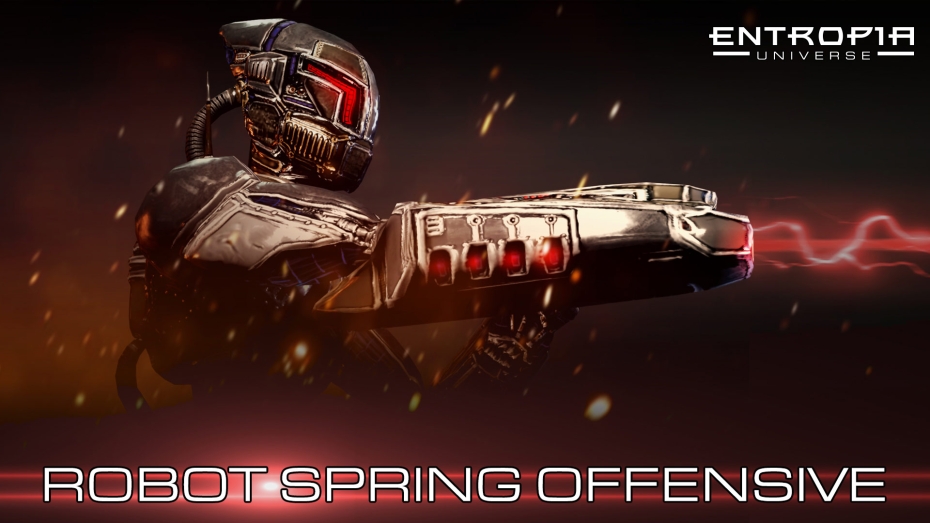 The Robot menace is once again amassing its forces on Calypso for a spring offensive. This is nothing like the day-to-day skirmishes colonists have become accustomed to; now the robots are coming en masse!

The Calypso Research and Defense Institute (RDI) has observed renewed activity in the robot subterranean base matrix network. Surveillance has also picked up increased communication between the robot dropships hovering over several locations on the Eudoria continent.

Reports suggest that the robots with the lowest threat level are targeting the area around Camp Icarus. The Cape Corinth area is being targeted by mid-level robots, while the most heavily armed robots seem to be focused on the other targeted locations detailed above.

As a bonus for helping protect the Calypso settlements, every robot killed provides progression toward the Codex mission rewards. Help keep Calypso safe and scrap those Robots!