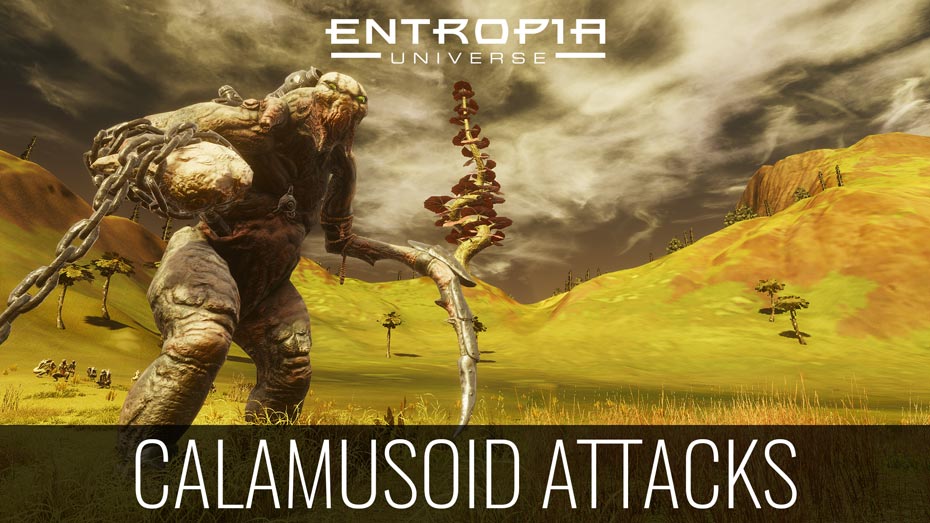 The genetically engineered and violently aggressive Calamusoid mutants that normally inhabit the swamp areas near Fort Lahar and Fort Medusa have recently been spotted in the outskirts of Chugs Hideout and Fort Ithaca.

As the Calamusoids are known for their extremely aggressive behavior, the Calypso Defense Force (CDF) urges all colonists that plan to visit these locations to use extreme caution, repeat, Extreme Caution!

The initial reports coming in from hunters suggest that the area around Chugs Hideout have attracted low maturity Calamusoids, while higher maturities have been spotted near Fort Ithaca.

While the gatherings of Calamusoids outside of the swamps are a new phenomenon and the reasons for it are still unknown, it should be expected that boss-level maturities may appear and cause extreme damage. Hunters should be prepared for the worst possible scenarios and carefully choose their gear.

Happy hunting to those brave colonists helping to repel these threats and help keep Chugs and Ithaca safe!