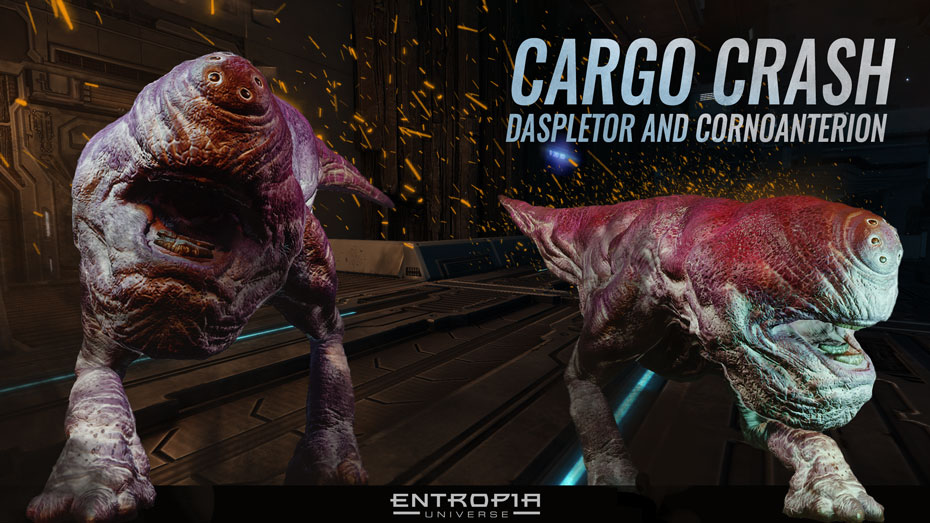 Space Transport Crashes on Calypso – Alien Creatures on the Loose!

The Colonial Xenobiology Institute (CXI) has issued an urgent request for assistance to prevent two dangerous species from gaining a foothold on Eudoria. The CXI fear that Daspletor and Cornoanterion pose a severe threat to the native flora and fauna of Eudoria, as the Daspletor once did on Amethera.

The Daspletor and Cornoanterion reportedly escaped from a cargo ship forced into an emergency landing west of Minopolis. The two species can be found in areas near the landing site.

Initial investigations of the salvaged cargo ship have uncovered no evidence of sabotage and are instead focused on a possible malfunction in the security systems on F.O.M.A. - Fortuna. This security malfunction could have allowed the Daspletor and Cornoanterion to board the ship while docked prior to travel to Calypso.

Please report any sightings of Daspletor or Cornoanterion in other areas of Eudoria to the CXI immediately.

Hunting challenges for these two creatures can be acquired from Hunting Challenge Terminals all over Calypso, or from NPC Simo Hayna on F.O.M.A. - Fortuna.