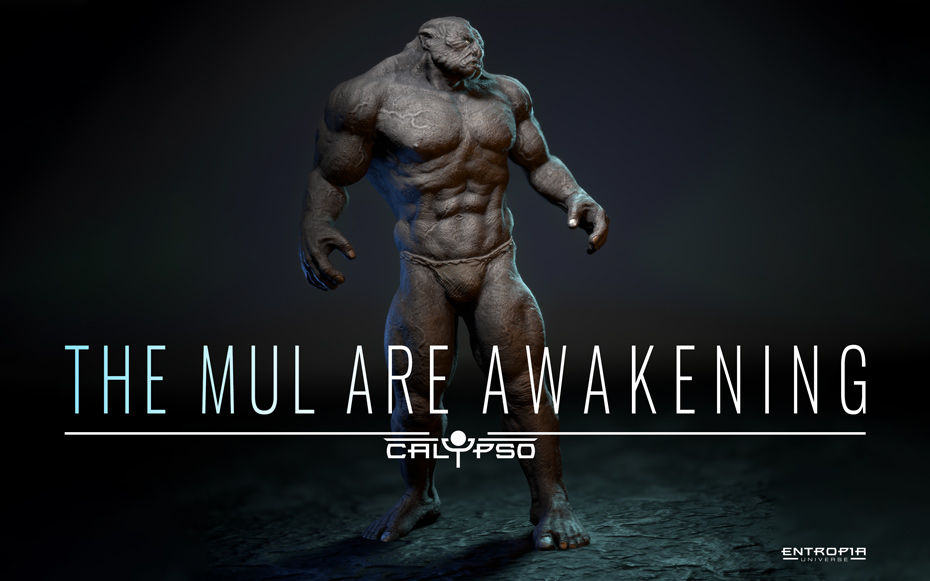 The Mul are Awakening!

The Colonial Xenobiological Institute (CXI) and the Calypso Defense Force (CDF) have issued a warning about increased Mul activity. The Mul mutants, Mulmun, Muluk-hir and Mulaak´f, are well known for their increased violent behaviour during this time of year.

The CXI has studied possible reasons for the Mul's behaviour for several seasons. The studies show that members of all Mul tribes assemble to take part in ritual dancing and brawling while becoming increasingly aggressive. The purpose of the rituals is believed to be a rite of passage connected to the annual migration season.

Note to colonists traveling in the above areas

The Calypso Firearms Association has issued a number of Hunting Challenges for the Mul tribes, these are available from the Hunting Challenge Terminals. As the Mul's attack using their fists and feet, hunters are advised to enhance their armor with the corresponding plating types.