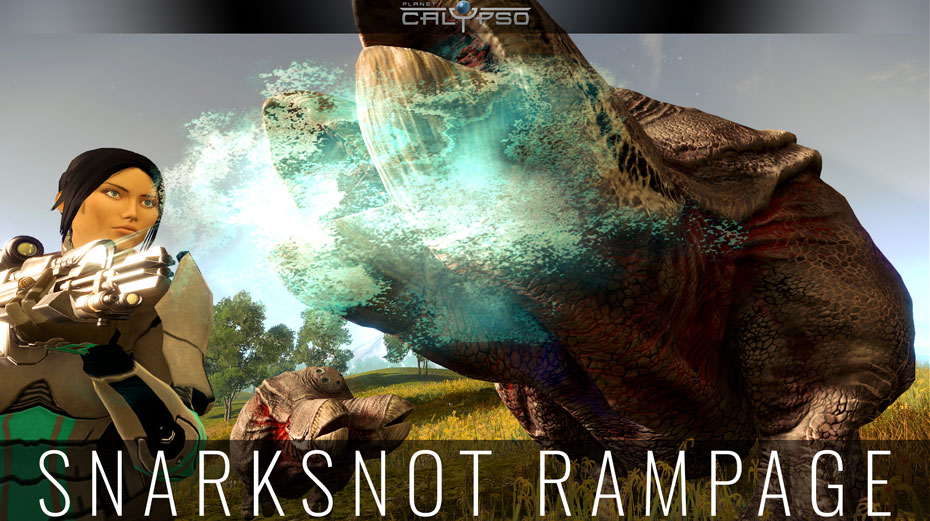 The Colonial Xenobiological Institute (CXI) predicts an imminent rampage after observing signs of unusually large gatherings of Snarknots. The institute warns this rare phenomenon could be dangerous to colonists caught alone in the wild.

In addition an extraordinarily large Snarknot affectionately dubbed ‘Schnozzle’ by xenobiologists has also been spotted. Whilst the average Snarksnot can be dispatched by a lone hunter with a trusty Z12 Barbarella, the CXI advises hunters to team up before taking on the giant ‘Schnozzle’.