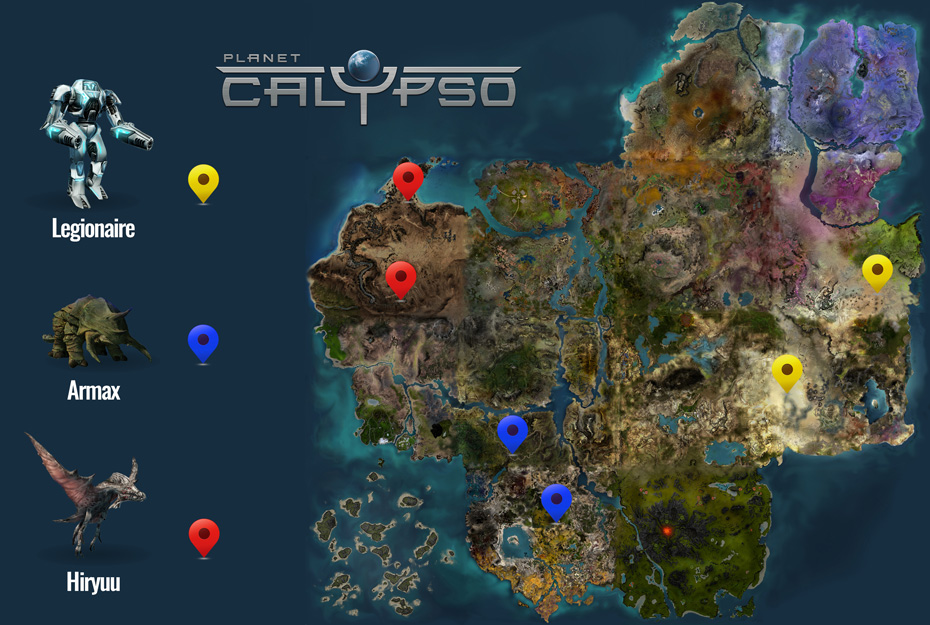 This week we get reports about unusual and rapidly increasing populations of new creatures similar to the last weekends infestation of Atrox, Kerberos and Berycled's

The CDF wishes to alert all colonists on Calypso that have signed up for the Iron missions involving the Legionaires, Armax's and the vicious threat from the sky, Hiryuu, that the population of these species now have reached critical levels. Any help in controlling the population levels is highly appreciated and will be calculated towards any related Iron Mission you as a Colonist have signed up for.

The Legionaires, Armax's and Hiryuu's have been reported on locations as marked on the attached map.

Colonists who have not yet signed up for said Iron Missions can do so by accessing mission terminals in various locations on Calypso, e.g. in Cape Corinth, Fort Ithaca, Fort Pandora and Twin Peaks.

Thanks for joining up in the Iron missions and Good hunting!
/The Planet Calypso team