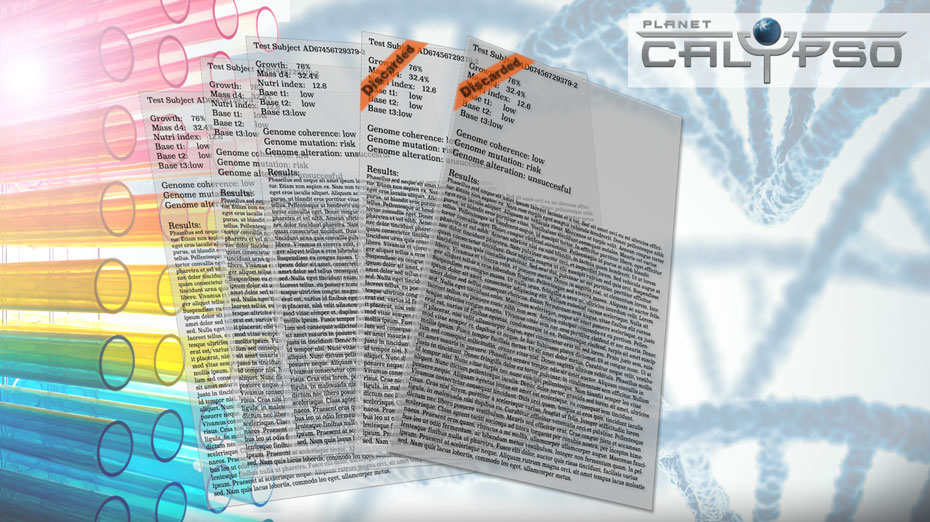 CDF scientists have released some results from their investigation of the recent Hogglo attacks on several settlements across Calypso. It appears that Gareth's role in the attacks was merely an attempt to achieve notoriety.

Analysis of encrypted information found in Gareth's files points at "failed subjects and mentions "insufficient mass", "anomalous gene code" and that some failed subjects exhibited "inadequate aggression factors". Some of the failed subjects were labeled as "rejected" and "discarded".

CDF considers the investigation concluded in the absence of further information.