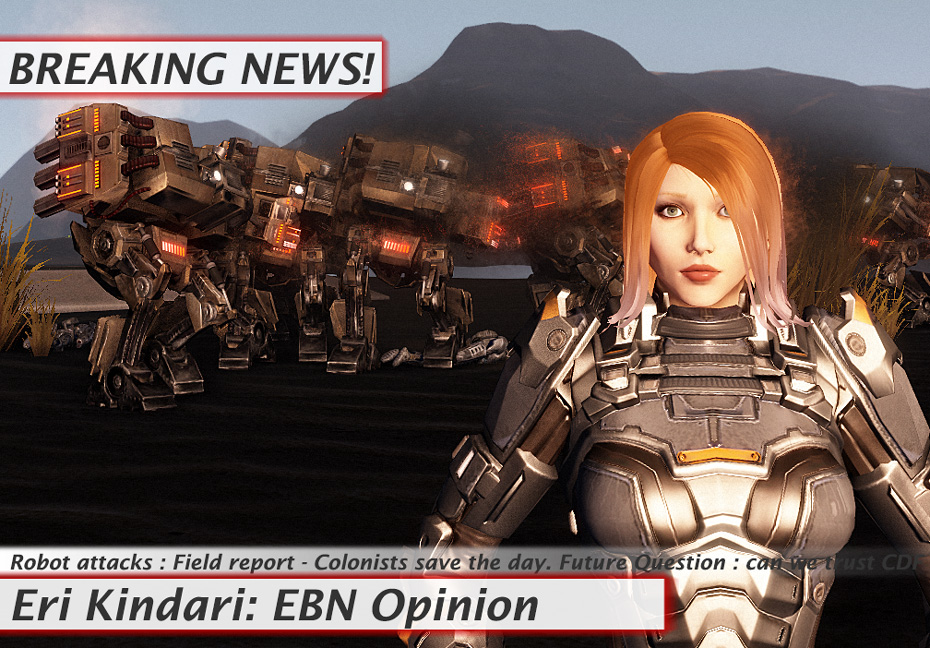 By now, all colonists should be aware of the RX tech caches and how the CDF is planning to retrieve them. The question, however, is if we really should retrieve them – or rather destroy the caches and everything in them. Let me clarify my opinion.

The caches contain technology developed by the RX units. Thinking, though probably unfeeling, synthetic beings. It is thought to be advanced enough to turn the tide in our direction, or the robots' direction, depending on who gets them first. But do we really want technology that is apparently dangerous enough for the RX units to not only hide from robots and humans alike, but to decide not to use for themselves?

In the past few days, there has been a lot of speculation about the contents of the RX caches. Both the CDF and RDI report having no knowledge about the contents, but why then are they so eager to retrieve them? The answer, obviously, is that they do know.

Harbingers. While the official CDF line is to deny knowledge, internal sources say that the robots obtained the technology needed to create these abominations from one cache. ONE. Imagine what a whole bunch of them could contain. Imagine what horrors could be unleashed upon our world, should the rest be opened.

Can we trust the Federal Empire, the Calypso Colonial Administration, the CDF, to keep this technology out of enemy hands? For that matter, can we trust them with it?

by Eri Kindari, former EBN reporter and writer of The Enemies We've Made.

Robots sighted at these locations: