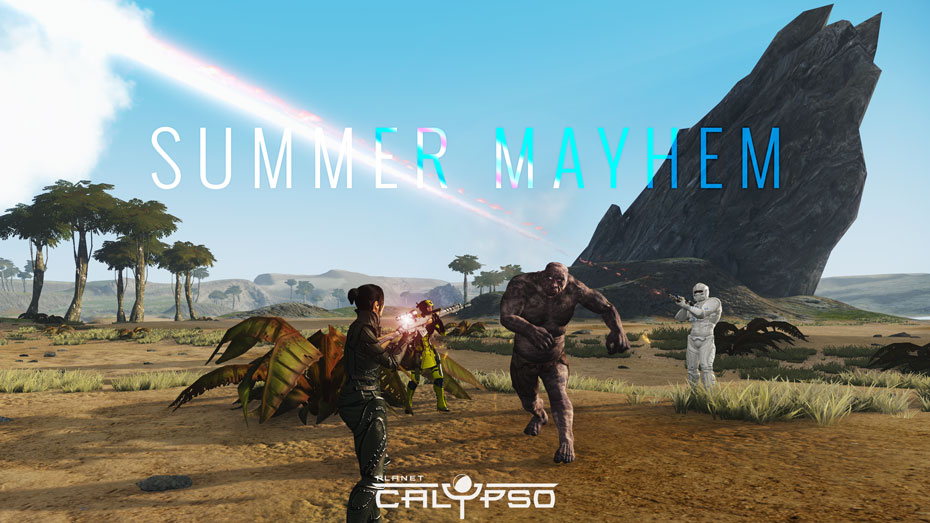 Mul mutants are engaging in strange rituals just after the detection of Eomon pheromone in the atmosphere. Tribe members from all three Mul species are taking part in the ritual dancing and brawling, which is believed to be a rite of passage as well as symbolizing the cyclic hunting of the Eomon. As Eomon pheromone levels continue to rise the mutants performing these rituals have become increasingly aggressive and are now launching raids on our settlements.

It is predicted that these raids will spread and intensify.

For the protection of the colony, it is imperative that we take the fight to the mutants and draw away these mindless attacks on the settlements

Instances for these divisions can be accessed via the Global Events List from any planet in Entropia Universe. Browse the event list for the entrance applicable to your profession level.

A 20-hour event timer automates tracking of time spent in the Annihilation instances. Each participant’s final event score is automatically recorded once the 20-hour requirement is reached.

Interact with the Pile of Skulls inside the Annihilation event instance to begin spawning mutants and start the mission timer; the timer pauses automatically when leaving the instance.

The top ten highest scorers (most accumulated points) in each category win prizes.

Prizes in Summer Mayhem are awarded in the form of Mayhem Tokens, which can also be looted from event creatures in this and other Mayhem-style events. Mayhem Tokens can be exchanged for exclusive items via the Mayhem Token Trader, located in Cape Corinth, Port Atlantis and Twin Peaks.

Mayhem Tokens can be accumulated over the course of several events to purchase more expensive items, allowing participants to make incremental progress toward their desired rewards.

There is also a new Practice Annihilation mode, which is not part of the competition. This mode allows teams of up to 4 players to enter and has no skill requirement restrictions. Players can also enter without a team. This will allow hunters to try out different categories and hunt for Mayhem tokens and Summer Strongboxes at their leisure. The creatures in Practice Annihilation are Shared.

Bypassing or attempting to bypass any of the event instance entry or item restrictions will be grounds for disqualification from the event, forfeiture of any prizes, and possible sanctions imposed on one’s Entropia Universe account.

All events are restricted to one avatar account per person. Anyone found using multiple accounts to gain an unfair advantage or to win prizes in multiple categories or divisions will forfeit all prizes and risk additional sanctions on their Entropia Universe account(s), including potential account termination.

Have a great summer!