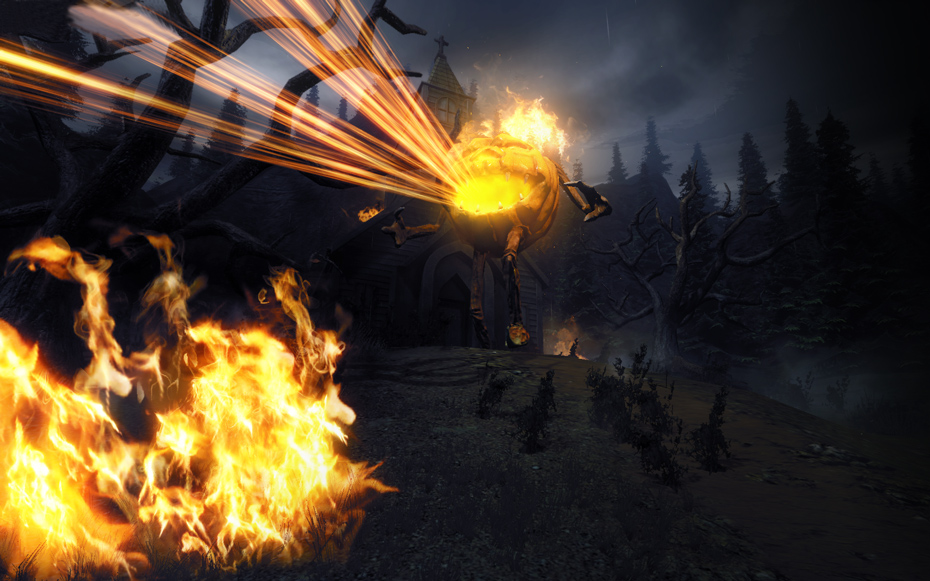 Get ready for the most terrifying event in Planet Calypso history!

Fight your way through hordes of undead as you compete for the prizes in this year’s Halloween event, featuring...

In this Mayhem style event, similar to the Feffox Mayhem event, you will hunt in a solo instance and score points by looting and handing in Halloween pumpkins. The Halloween pumpkins have been distributed in relation to creature difficulty, so that hunters in all five instance levels have a fair chance at scoring points in the event.

Extended endtime:
Due to the instance gate issues encountered during the first week, it has been decided to extend the Halloween Mayhem event by 7 days. The new end time for the event is: November 24, 2013, 23:59:59.

The Halloween Mayhem mission NPC will be operational after the patch scheduled for 09:00 November 12, and has also been extended by one week, until December 7, 2013, 23:59:59 to allow participants time to hand in their looted pumpkins and register points for the event.

In sum:
The Halloween Mayhem event starts on:

Any Halloween Pumpkins recovered in the event should be handed in to the Halloween mission NPC:s before December 7, 2013 23:59:59.

Are you ready for Halloween Mayhem? 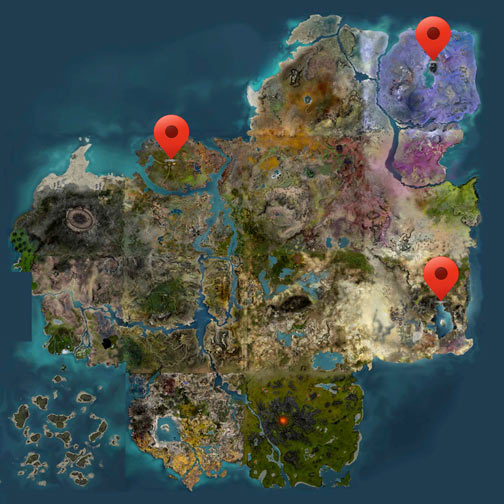 The Mayhem Entrances are located in three locations; Fort Ithaca, Fort Zeus and Nymphtown. The map and screenshot on this page should make it is easy to locate.

There are five instance entrances for various skill levels, ranging from 1 to 5. Choose the entrance that suits your current level for fighting mobs of the following levels:

The following point reward system has been offered for those assisting in the retrieval of Halloween Pumpkins: 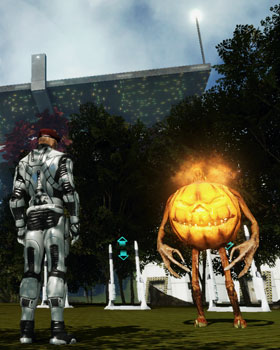 Mission NPCs have been placed in the following locations:

Be sure to turn in any recovered Halloween Pumpkins to one of the mission NPC before December 7, 2013 23:59:59! Any Halloween Pumpkins remaining after the event end time will not be included in your final event score. This deadline was extended by 7 days due to initial problems with the NPC:s as stated above.

Do not abandon the mission! If you abandon the mission for any reason, either intentionally or accidentally, all points earned up to that point will be lost forever. Support cannot and will not restore points for abandoned missions, regardless of the situation.
Happy Hunting!